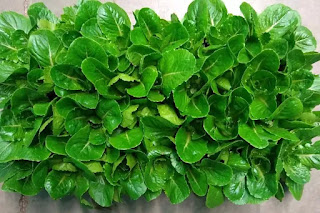 Thanks to research at the University of California, Davis, future astronauts could eat salads containing genetically engineered lettuce to get their dose of a drug designed to ward off the effects of weightlessness on bone loss.

With a three-year crewed mission to Mars on the drawing board, the problem of sustaining astronauts for such a long time without supplies from Earth becomes imperative. The problem is, spacecraft can only carry a very limited payload and, therefore, very limited supplies.

This hasn't been much of a problem until now because most missions have been in low Earth orbit where craft like the International Space Station (ISS) can be regularly resupplied, and long-range missions to the Moon only lasted a couple of weeks.

A mission to Mars is another order of magnitude. Where current crewed missions can rely on prepackaged foods, an interplanetary voyage would require so many tonnes of food that planners are looking very hard at using alternatives like hydroponics that allow astronauts to grow their own food, and have even tested the technology aboard the ISS.

This is a topic that's been discussed for over a century in scientific and popular literature, but food isn't the only problem on a long mission. Medicines are also a limiting factor. To keep healthy, astronauts need a large spectrum of drugs and supplements, but only so many can be brought along and many of these have expiration dates that would render them unusable before the return to Earth.

One example of this is regular injections of parathyroid hormone (PTH), which can help fight bone loss caused by prolonged time in zero gravity. To provide a steady, fresh supply of PTH to astronauts, graduate student Kevin Yates, Professor Karen McDonald, and Adjunct Professor Somen Nandi at the UC Davis Department of Chemical Engineering, have modified lettuce to act as a source for PTH in the form of a few thousand seeds that can fit in a small vial.

Grown on demand, the transgenic lettuce could potentially be eaten to deliver the drug. If this isn't possible, then the PTH can be extracted and purified into a form that could be taken orally.

Using a bacterium called Agrobacterium tumefaciens, the team infected plant cells with a fragment of human PTH peptide that has been engineered to include a protein. This protein is a fragment crystallizable (Fc) domain of a human antibody – that is, the tail region of an antibody that interacts with cell surface receptors, turning it into PTH-Fc.

This modification not only stimulates bone growth, but also stabilizes the hormone, so it remains in the bloodstream longer, reducing the need for repeated doses. It might also allow the hormone to be taken orally, which is an achievement because hormones tend to be broken down by the digestive system.

None of the engineered lettuce has been taste tested yet because of safety concerns, so how good a salad it would make is on hold pending clearance. Of greater concern is boosting PTH output from the plants as well as determining if they can grow in space conditions.

"One thing we're doing now is screening all of these transgenic lettuce lines to find the one with the highest PTH-Fc expression," said McDonald. "We've just looked at a few of them so far, and we observed that the average was 10-12 mg/kg, but we think we might be able to increase that further. The higher we can boost the expression, the smaller the amount of lettuce that needs to be consumed."

The research was presented at the spring meeting of the American Chemical Society in San Diego.