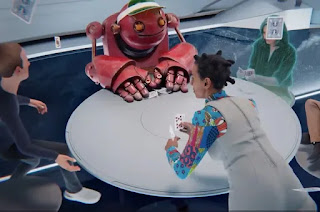 Hello, Metamates. That’s what Mark Zuckerburg wants us to call one another.

At the moment, only the employees are encouraged to use the term of endearment but we have a feeling everyone jumping into the metaverse will soon be referring to their meta contacts as “metamates”.

In a special virtual meeting earlier this week, Meta CEO and Facebook founder Mark Zuckerberg shared the updated company values. He mentioned that employees are now “metamates” as they are no longer just coworkers. It seemed the executive is serious in using the term coined by American professor Douglas Hofstadter.

Hofstadter was asked by another Facebook employee about his ideas soon after the Meta name was made public. Meta CTO Andrew Bosworth (@boztank) shared this piece of information. The term ‘mate’ simply refers to a fellow belonging to the same group. Bosworth also explained the reference to the naval adage ‘Ship, shipmates, self’. Instagram, also a Meta company, has been using this phrase for a while now internally. Zuckerberg seems to want to expand the idea to the rest of his umm, metamates.

It’s clear that Zuckerberg really wants change. What’s not clear is how even if we’re being presented with a number of thoughts. There are actually plenty of ideas available but together, they still seem vague. Or maybe we don’t know where to look at the moment.

The legit metamates should know what their boss wants to happen. Changing the company values is just a step in a new direction. Many will question the changes but one thing is certain, Zuckerberg’s Meta wants the world to have a forward-thinking approach to a lot of things. It may not just be the Internet or social media. 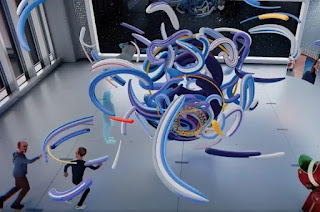 Meta wants us to “live in the future” and where is that exactly? In the metaverse, at least, for now. Zuckerberg introduced a new value of focusing on long-term impact. The metaverse company won’t be just Meta (Facebook). We believe other tech giants will also join the bandwagon especially now that NFTs are becoming mainstream. Meta is simply laying the foundation for many other companies as well that will someday be motivated to join the craze.

So metamates, how is life treating you so far? Has the metaverse been good to you? If you find yourself not interested in the metaverse, you can at least, try to understand what it’s about. You don’t have to jump on the bandwagon. But hey, don’t be surprised if you hear this greeting: Ahoy, metamateys!