The Key to a Happy Life Lies in Finding Meaning - Find your reason, and you'll find your smile. 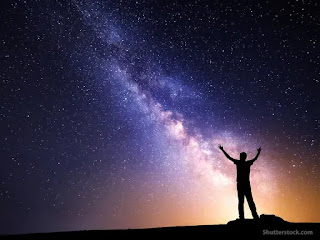 The pursuit of happiness has long been an integral part of the American Dream,

but we’ve been going about that pursuit in all the wrong ways. Prominent Jewish psychiatrist and Holocaust survivor, Viktor Frankl, once wrote that “Happiness cannot be pursued; it must ensue. One must have a reason to ‘be happy.’”

According to a recent United Nations study, Americans are lacking that reason. In fact, happiness levels are at the lowest point they’ve been in a decade, dipping down to 6.8 on a 10-point Gallup scale, placing the U.S. in 14th place in terms of global happiness.

So what’s going wrong? The report, in a section entitled “Restoring American Happiness,” admits that “The predominant political discourse in the United States is aimed at raising economic growth, with the goal of restoring the American Dream and the happiness that is supposed to accompany it. But the data show conclusively that this is the wrong approach.” We’re trying to fill the hole in our hearts with materialistic gain.

Frankl’s words ring true in light of this, and recent research backs the United Nation’s report up, showing that making happiness the primary objective of life actually keeps us from becoming happy. In one study, people were asked how important they believe it is to work toward becoming happy—the greater the emphasis each participant placed on pursuing happiness, the less successful they were in achieving it.

And so if, as Frankl wrote, “It is the very pursuit of happiness that thwarts happiness,” what can we possibly do?

The answer lies in something far more fundamental to human existence: finding meaning. Happiness without meaning, as one study in the Journal of Positive Psychology has found, “characterizes a relatively shallow, self-absorbed or even selfish life, in which things go well, needs and desire are easily satisfied, and difficult or taxing entanglements are avoided.” Moving beyond the shallowness of this kind of happiness means doing service to something you believe is bigger than yourself.

Seeking out meaningful and virtuous activities is what gives us an enduring sense of well-being—it generates happiness in a way that the actual pursuit of happiness cannot.

So what does this mean for the average person? Let’s check out three principles that will help you find happiness through meaning in your everyday life.

Give Instead of Take

Gandhi once said that “The best way to find yourself is to lose yourself in the service of others.” In this, we find one of the most effective ways to connect with meaning in your life.

There’s something intrinsically human about the willingness to help one another—we’re happier and healthier when we do so. We’re meant for it. Think back on every time you’ve ever enjoyed someone’s smile after giving them a particularly good gift, or the satisfying feeling of helping that stranger change a tire.

But we’ve become accustomed to taking in order to be happy, when what we truly need to be doing is just the opposite: giving.

Numerous studies show the link between giving and happiness, even in those who earn relatively little. This is because, instead of buying that flat screen television for yourself, the novelty of which will wear off within months, you’re contributing to the good of the human race—you’re doing something meaningful that will impact someone’s life.

This sticks with you for good, and so if you want to find meaning—and thus, deep happiness—offer up something to charity and help your fellow man.

One of the biggest regrets of the dying is the failure to focus on relationships in favor of the pursuit of wealth, power, or status. Meaning, and the resulting happiness, lies in the connections between people, not in the things we accumulate.

Look back at your life. Which moments have been the most touching and joyous? You may have felt exhilaration at events like promotions and graduations, but these things are merely tools. No—the moments that shaped you most involved the people in your life.

So, if you want happiness, you need to devote time to those you care about. You can make the most of this bonding time by being present. Don’t allow your mind to wander to your work projects, what you’re going to do tomorrow, or your to-do list. Focus on the friend or loved one with whom you’re spending time.

Meaningful connections with other people will fulfill one of your deepest human desires—to be known. Don’t shortchange yourself by focusing only on achievements.

Stick to Your Values

Values are the framework in which you live your life, and help you figure out what’s important an what’s not. Without a system of values to give your life meaning, and to connect you to something bigger than yourself, you’ll feel lost and ultimately, unhappy.

Most people have no idea what their values are. Some have simply inherited a scattering of religious tenets from their parents. Others adhere to some unconscious moral code they’ve gleaned from their peer group. In general, though, if you don’t know what you value, your ability to pursue a meaningful life will be inhibited.

Take the time to figure out your moral framework. If it’s religious, choose your religion rather than inheriting it. If you try to be a good person, figure out what “good” means to you. Forming a clearer picture of what you believe in will allow you to pursue those beliefs.

Above all, be you. Your value system is extremely personal—don’t let anyone else dictate it. And once you choose it, live by it. Do so, and each choice you make will be a deeply satisfying and meaningful one.

A Different Sort of Happiness

A meaningful life is a life marked by purposeful choices that won’t always make you immediately happy.

In fact, some of them are downright difficult—losing a promotion in order to raise a child, sacrificing extra work hours for time with a loved one, and foregoing the easy path because it conflicts with your values are all tough choices.

But despite the temporary difficulties of a meaningful life, you’ll slowly develop a sense of wellbeing that no material possession or accomplishment could ever give you. Remember—money is a tool to create meaning. The same goes for possessions and power and fame and wealth. You can use these things to pursue meaning in bigger and better ways. The problem is, most of us simply stop at the acquisition stage.

No matter where you are in life, though, following these three principals will help you find a greater happiness than you could ever imagine.

Wesley Baines is a graduate student at Regent University's School of Divinity, and a freelance writer working in the fields of spirituality, self-help, and religion. He is also a former editor at Beliefnet.com. You can catch more of his work at www.wesleybaines.com.
Posted by Tony Ogunlowo at Monday, June 07, 2021