Indian father murdered by his wife and daughters for refusing them to wear jeans. 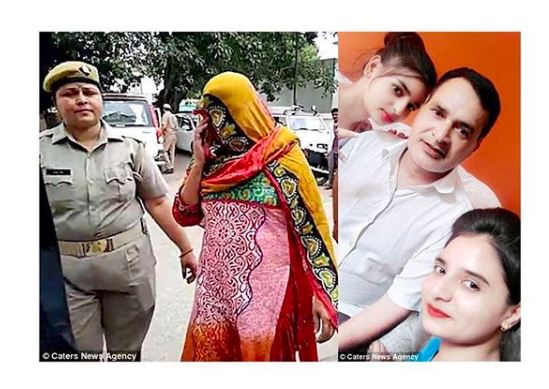 The murder of a sub-inspector Meharbaan Ali, whose body was found in a sewage canal on Sunday morning, has been solved.

According to reports, the murder was carried out by the man’s daughters and wife to avail them get jobs and his pension as well as wear jeans which he refused them to wear.

The deceased also reportedly opposed his wife’s extramarital affair with her brother-in-law.
Two contract killers from Muzaffarnagar were hired to murder Ali by his wife. Police have taken the wife, Zahida, 52, and her daughters Zeenat, 22, Iram, 19, Alia, 18, and Saba, 26, into custody and have sent a team to Muzaffarnagar to search for the contract killers.
The accused wife has confessed to her guilt, officers said. The woman also said that Ali used to impose restrictions on the daughters against their will.
Also after Ali’s death, his first daughters would get a job in his place in the department. Second, his widow would get the pension, which is half the salary.﻿
Posted by Tony Ogunlowo at Wednesday, June 27, 2018