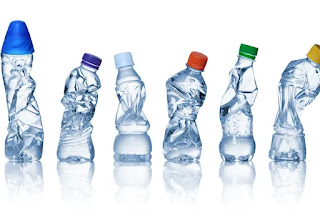 The idea of deploying enzymes to break down plastic waste is gaining momentum through a string of breakthroughs demonstrating how they can do so with increasing efficiency, and even reduce the material to simple molecules. A new study marks yet another step forward, with scientists leveraging machine learning to engineer an enzyme that degrades some forms of plastic in just 24 hours, with a stability that makes it well-suited to large-scale adoption.

Scientists have been exploring the potential of enzymes to aid in plastics recycling for more than a decade, but the last six years or so has seen some significant advances. In 2016, researchers in Japan unearthed a bacterium that used enzymes to break down PET plastics in a matter of weeks. An engineered version of these enzymes, dubbed PETase, improved the performance further, and in 2020 we saw scientists develop an even more powerful version that digested PET plastics at six times the speed.

A team at the University of Texas set out to address some of the shortcomings of these enzymes so far. According to the scientists, the application of the technology has been held back by an inability to function well at low temperatures and different pH ranges, lack of effectiveness directly tackling untreated plastic waste, and slow reaction rates.

To resolve these problems, the team developed a machine learning model that could predict which mutations in a PETase enzyme would afford it these capabilities. This involved closely studying a range of PET plastic products, including containers, water bottles and fabrics, and then using the model to design and engineer a new and improved enzyme dubbed FAST-PETase (functional, active, stable and tolerant PETase).

This newly created enzyme proved superior at breaking down PET plastics at temperatures between 30 and 50 °C (86 and 122 °F) and at a range of pH levels. It was able to almost entirely degrade 51 different untreated PET products in the space of a week, and in some experiments broke down plastics in as little as 24 hours. The scientists also demonstrated a closed-loop PET recycling process, in which FAST-PETase was used to break down the plastics and then the recovered monomers were used to chemically reconstruct the material.

“When considering environmental cleanup applications, you need an enzyme that can work in the environment at ambient temperature," said study author Hal Alper. "This requirement is where our tech has a huge advantage in the future."

With the ability to quickly break down post-consumer plastic waste at low temperatures, the researchers believe they have landed on a technique that is portable, affordable and able to be adopted on an industrial scale. They have filed a patent for the technology and hope to see it put to use in landfills and polluted areas.

“The possibilities are endless across industries to leverage this leading-edge recycling process,” said Alper. “Beyond the obvious waste management industry, this also provides corporations from every sector the opportunity to take a lead in recycling their products. Through these more sustainable enzyme approaches, we can begin to envision a true circular plastics economy.”

The research was published in the journal Nature, while the video below offers an overview of the breakthrough.