Was the mysterious 'Russian flu' actually a coronavirus? Some scientists think so. 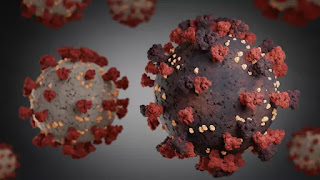 In 1889, a mysterious respiratory illness emerged in Russia and then spread

across the globe, triggering at least three waves of infection over the course of several years. Now, some scientists suspect that this illness, dubbed the "Russian flu," actually may have been caused by a pandemic coronavirus similar to SARS-CoV-2, the virus that causes COVID-19, The New York Times reported.

There are some easily drawn parallels between the two pandemics. For instance, during the Russian flu pandemic, schools and workplaces closed due to the sheer number of people infected. Those infected often lost their senses of taste and smell, and some endured long-lasting symptoms that lingered for months. In general, the Russian flu seemed to kill far more elderly people than children, unlike influenza viruses, which tend to be similarly fatal to both age groups, according to the available historical records, which include government health records, newspapers and journal articles.

While these features of the Russian flu pandemic eerily resemble those of the current pandemic, the idea that the Russian flu might have been caused by a coronavirus remains speculative, Peter Palese, a flu researcher and professor of medicine at the Icahn School of Medicine at Mount Sinai in New York, told The New York Times. Some experts echoed this sentiment, but others said they suspect that although there may be hard evidence to support the idea, it just hasn't been found yet.

Dr. Jeffery Taubenberger, chief of the viral pathogenesis and evolution section at the National Institute of Allergy and Infectious Diseases, and John Oxford, emeritus professor of virology at Queen Mary, University of London, are on the hunt for such evidence. They've been digging through preserved lung tissue samples that predate the 1918 flu pandemic, looking for remnants of influenza viruses and coronaviruses. Among these tissues, they hope to spot the elusive Russian flu virus.

Dr. Scott Podolsky, a professor of global health and social medicine at Harvard Medical School, and Dominic W. Hall, the curator of the Warren Anatomical Museum at Harvard, are also looking for preserved lung tissue from the same time period, the Times reported.

If genetic material from the Russian flu virus turns up in these lungs, it may offer hints as to how the pandemic ended, as news coverage from the time offers little insight. And if the late-19th-century pandemic was caused by a coronavirus, some scientists think that the bug may still be circulating as one of the four coronaviruses that cause the common cold, rather than severe disease.

Read more about the mystery of the Russian flu in The New York Times.