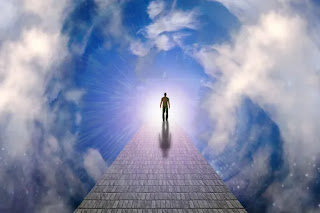 “My whole life flashed before my eyes” is a phrase we often hear regarding near-death experiences – and there just might be some truth to it. Scientists have recorded the activity of a dying human brain for the first time ever, revealing brain wave patterns related to processes like dreaming and memory recall.

The study wasn’t specifically designed to measure the brain’s activity around the time of death – it was just a matter of happenstance. The researchers were continuously monitoring the brain waves of an 87-year-old epilepsy patient using EEG, to watch for seizures. However, during the treatment the patient suddenly had a heart attack and died.

As such, the researchers managed to record 15 minutes of brain activity around the time of death. They focused in on the 30 seconds either side of when the heart stopped beating, and detected increased activity in types of brain waves known as gamma oscillations. These are involved in processes such as dreaming, meditation and memory retrieval, giving a glimpse into what a person may be experiencing during their final moments.

“Through generating oscillations involved in memory retrieval, the brain may be playing a last recall of important life events just before we die, similar to the ones reported in near-death experiences,” said Dr. Ajmal Zemmar, lead author of the study. “These findings challenge our understanding of when exactly life ends and generate important subsequent questions, such as those related to the timing of organ donation.”

The team says that the observations indicate the brain is capable of coordinated activity even after blood stops flowing through it. Similar changes in gamma waves around the time of death had previously been detected in rats, but this marks the first time that such activity have been detected in humans.

Of course, the results should be taken with some caution, the team stressed. The data comes from just a single case study, and even that was in a patient whose brain had been injured and was undergoing unusual activity related to epilepsy. The researchers hope to investigate further in other cases.

“Something we may learn from this research is: although our loved ones have their eyes closed and are ready to leave us to rest, their brains may be replaying some of the nicest moments they experienced in their lives,” said Zemmar.

The research was published in the journal Frontiers in Aging Neuroscience.

Email ThisBlogThis!Share to TwitterShare to FacebookShare to Pinterest
Labels: Spiritual