The Worst passwords for 2021 has been published by NordPass 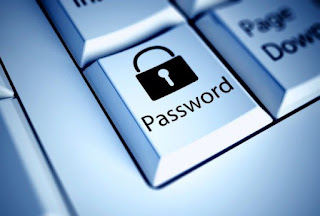 This year’s most popular passwords have been disclosed by NordPass, revealing

some of the worst passwords for 2021 that people around the world are using.

According to cybersecurity experts, common, simple passwords continue to make the annual weak password list despite repeated warnings. This is a disturbing pattern, especially in light of the overall rise in cyberattacks during the pandemic. Because hackers have become more active in recent years, cybersecurity experts urge that you use strong passwords to avoid any unfortunate situations.

At least 12 characters, which includes a mix of upper and lowercase letters, are recommended for strong passwords. To make them more complex and difficult to hack, passwords should also comprise numbers and symbols.

A common recommendation from experts is to avoid using the same password for several accounts so that a single leaked password does not necessarily result in the exposure of all of your accounts.

A list produced by NordPass shows that “123456” is popularly used, and this is followed by “password.” Aside from that, the study indicated that both men and women are equally awful at devising strong passwords, with “123456789,” “abc123,” and “password1” among the other top-ten entries for both genders, especially in the United States.  On a global scale, other gems include the numbers 11111, 123123, and “qwerty,” all of which can be cracked in less than 1 second using a basic brute force attack.

It also turns out that among automobile brands, Ferrari and Porsche were the most frequently selected weak passwords, while “dolphin” was the most widely used animal-related password across a wide range of jurisdictions.

The list indicates some substantial differences between males and females, despite the fact that many of the poor passwords are the same. Even though women appeared to choose feel-good passwords such as “sunshine,” “iloveyou,” and “princess,” men preferred sports keywords such as “baseball” and “football” as well as superheroes from comic books such as “superman” and “supergirl.”

Men also use phrases such as “dragon,” “killer,” and other profanities in addition to the ones listed above. Similar trends can be observed across Europe, with men in the United Kingdom using passwords that were inspired by the names of their favourite soccer teams, such as “liverpool1,” “chelsea,” and “arsenal.” Women in the United Kingdom, on the other hand, chose “chocolate” as one of their favourite awful passwords.

NordPass says its list of passwords was developed in collaboration with independent researchers who specialize in the investigation of cybercrime-related incidents and breaches. They looked at a database with a capacity of 4TB. The researchers divided the data into many layers, which enabled them to conduct a statistical analysis depending on the nations and genders in which the participants lived. In the case of gender, only data that contained a gender key was classified by gender; otherwise, the data was not categorized by gender. The item was categorized as “unknown” if it did not contain the key to the data.

A few useful hints from NordPass on how to create a strong password that can’t be readily cracked are included below.

Using these suggestions, as well as some common sense, you should be able to keep yourself safe while browsing the web.