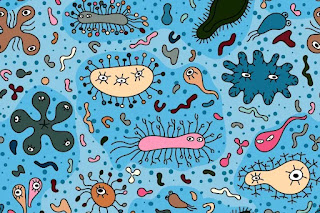 Is a difference in gut microflora a factor leading to autism, or is autism causing the microbial changes?

The hypothesis that gut health influences autism has been turned

on its head by a new Australian study. Based on the analysis of microflora in children, the study indicates that rather than playing a causal role, these microbiome differences are the result of restricted diets associated with autism.

Our understanding of the gut-brain connection and the role our microbiome plays in a whole raft of health conditions is growing rapidly. Alongside autism, obesity, inflammatory bowel diseases, autoimmune diseases and depression have all been linked to what's going on in our gut. Generally, a more diverse microbiome has been associated with better health.

A correlation between autism and alterations in our microbiota has been confirmed by animal and human studies. One mouse study showed that alterations in the microbiome promote autism-like behaviors, and clinical trials using fecal transplants have been used to “treat” or minimize autism by improving the gut microbiome.

It's well understood that gastrointestinal (GI) symptoms such as constipation, diarrhoea and abdominal pain are common in children with autism. Studies suggest approximately 40 percent of children with autism exhibit GI symptoms, which are commonly linked to abnormal behavior and social interactions.

But is this difference in the gut microflora a factor leading to autism, or is autism causing the microbial changes?

The recent Australian study, published in the journal Cell, set out to answer this question.

Researchers collected stool samples of 247 children aged 2-17 years, of which 99 were diagnosed with autism. The children were from the Australian Autism Biobank and Queensland Twin Adolescent Brain Project. Metagenomic sequencing was used to analyze the stool samples, providing a more accurate depiction of microbiome composition compared with earlier methods. The study also controlled for many variables such as age, gender, dietary data, and stool consistency, which, the authors say, have not been properly addressed in previous "underpowered" studies. Detailed psychometric testing (including social communication difficulties, restricted interests and sensory sensitivity) and human genotyping data were also included.

The analysis showed almost no direct association between autism diagnosis and the gut microbiome. Only one out of 600 bacterial species analyzed associated with a diagnosis of autism, whereas a strong correlation was identified between the gut bacteria and factors such as age and the quality and diversity of diet.

The findings indicate that repetitive, restricted interests and sensory sensitivity, which are characteristics of autism, lead to pickier eating. This restricted diet is what then leads to a less diverse microbiome and runnier stools. In other words, the characteristics of autism are contributing to the microbiome differences, not the other way around.

"Our results are consistent with an upstream role for ASD-related behaviors and dietary preferences on the gut microbiome and are contrary to claims of the microbiome having a major (or causal) role in ASD," the authors explain.

The researchers also note the findings are at odds with interventions that propose to “treat” autism by targeting the microbiome, such as potentially dangerous fecal transplants, and indicate caution should to be taken in the use of unproven restrictive diets in children with autism. Instead the study underlies the need to support families to improve diet quality and diversity, enhancing microbiome diversity and health outcomes.

"What this study shows is that the microbiome in and of itself is in no way a cause of why the brain develops differently and why children develop autism," said study author and research strategy director at Autism CRC, Professor Andrew Whitehouse, in an interview with ABC News Australia. "But what it also does urge us to do is to help promote healthy balanced diets in kids so they get all the nutritional intake they can get that can help promote their development."

The research paper is published in the journal Cell.