Phrases to Keep You Going When You Lose Motivation -Let these words of wisdom help you push past obstacles. 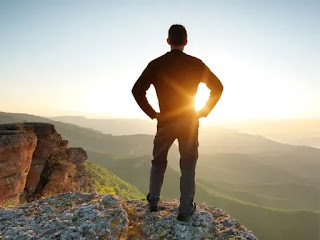 Everyone loses motivation at some point. You get tired, you get discouraged or you just run out of willpower. In those moments, it can be easy to give up. Those who refuse to push through the obstacles, however, will never achieve their goals. Getting back up on your own isn’t always easy, but a little encouragement can go a long way toward helping you back up. When you find yourself running low on willpower and wanting to give up, check out these phrases to keep you going when you lose motivation.

“If you can remember why you started, then you will know why you must continue.” – Chris Burkmenn

Most people don’t set goals at random. They don’t just wake up one morning and decide on a whim to learn a new language or master a new skill. There is a reason that they want that skill or to speak that language. When you feel like quitting, think about why you started in the first place. The reminder of why your goal matters can be enough to get you to continue putting one foot in front of the other. If you want to break down and eat that cupcake, go take a look at that new suit you want to wear to your best friend’s wedding. If you feel like giving into a craving for that cigarette, remind yourself of how much you want to be healthy, stop coughing and feel better. Remind yourself why you started, then pick yourself up and keep going.

“Fall down seven times, get up eight.” – Japanese Proverb

No one reaches a goal without struggles. They backslideThey fail. They wonder if they will ever succeed. At those moments, you have fallen down. You tripped over a lack of willpower or were pushed down by a sneering family member. When that happens, you must get back up. If you do not get back up, you will struggle with every goal you ever set. There are dozens of ways of passing along this advice, from the Japanese proverb “Nana korobi ya oki,” “fall down seven times, get up eight,” to Confucius’s famous saying “Our greatest glory is not in never falling, but in rising every time we fall.” Each saying has a little bit of extra truth in it. The Confucius quote touches on another facet of getting back up after a mistake. Those who fail and try again are stronger than those who never fail. “What doesn’t kill you makes you stronger,” has a similar meaning. Those who refuse to get back up after a struggle will never know the strength that can be gained through trying, failing and trying again. Those who give up in the face of their first struggle may also never reach that sort of goal again. If a would-be athlete gives up when they suffer a minor injury, they will never succeed in any sport. If a person who wants to learn another language abandons their efforts after saying something embarrassing, they will never become bilingual. You have to push through the struggles. As an unknown but wise person once said, “If you don’t get back on the horse that threw you, you’ll never ride again.” Give up once, and you will struggle with success forever.

“The best view comes after the hardest climb.” – Author Unknown

Reaching a goal is a long and arduous journey. When you are facing the struggles of that journey, it can be difficult to remember that all the work will be worth it in the end. Remind yourself that no one said reaching a goal would be easy and that nothing worth doing was ever easy. Focus on your goal and think about how good it will feel when you succeed. Think about the view that awaits you, and keep climbing your mountain.

“Rock bottom became the solid foundation on which I rebuilt my life.” – J.K. Rowling

You will struggle, and sometimes no matter how hard you try, you will fail. When that happens, force yourself not to give up entirely. You are allowed to wail, scream, rage and otherwise melt down. You can sit down and cry. You just can’t stay down there. When everything has fallen down, you have a chance to rebuild it into something new. You have seen what failed. Now you know what to avoid. Recognize the mistakes you made and learn from them. Then, do as Henry Ford said and regard failure as “simply the opportunity to begin again, this time more intelligently.” More than one person has fallen as far as a person can fall and still managed to rebuild their life. You can’t rebuild, though, unless you get back up. If you have nothing to stand on, so be it. If you are rebuilding from scratch, you’ll know that your foundation is solid, and you’ll be able to make every board and nail count.

“The master has failed more times than the beginner has even tried.”– Stephen McCranie

Failure is inevitable when you are chasing a goal. If you are trying to lose weight, you will give in and gobble up those fresh cookies your friend made. If you are going back to school, you will get definitions backwards or forget to turn in a homework assignment. If you are learning a new dance routine or to play a piece of music, you will forget the steps or the next notes. These things happen, and they are not the end of the world unless you allow them to be. Ever person who has mastered a skill, an art, a language or sport has made mistakes. They lost games. They put their foot in their mouth. They forgot how they were supposed to hold the violin bow. Humans are imperfect and so are human minds. People forget things. It happens. What separates a novice from an expert, however, is that the novice gives up when they fail. The expert learns how not to fail again, and then they keep trying.

Nothing is more frustrating than feeling like you are never going to reach your goal. You try and try and try, but you feel like you are just spinning your wheels. You’ve lost three of your desired five pounds, but the last two won’t budge. You’ve mastered basic pieces on the piano, but no matter how hard you try, you can’t seem to play this one piece right. You’ve plateaued.  You’re stuck, and it’s infuriating. During those moments it can be tempting to “rage quit” and abandon all your hard work in frustration. Don’t let yourself do that. Think about how far you have come, and use the recognition of those past successes to push you upward and onward to the next success.

Pushing through obstacles does not always have to come with a movie moment where the hero manages to lift a truck, piece of concrete or other heavy material in a dramatic moment with epic music playing in the background. Sometimes pushing through an obstacle simply means that you keep trying. Most obstacles that you will face when chasing your goals will not be things that can be removed in an instant. They will be the sort of struggles that you have to push through slowly and steadily. You will have to be like the river which, as Jim Watkins said, “cuts through rock, not because of its power, but because of its persistence.” You will have to find the strength and courage to try again on dozens and even hundreds of tomorrows.Motivation will come and go as you strive to reach your goals. Some days you will wake up brimming with confidence and energy to chase after your goals, other times you will lay in bed wondering why you ever thought that goal was possible. On both sorts of days you must get up and put one foot in front of the other. It will not be easy, but it will be worth it. Remember, any progress is still progress. As Confucius said, “It does not matter how slowly you go so long as you do not stop.” Don’t ever let yourself stop and give up. Push through it even when you want nothing more than to quit. You’ll thank yourself one day when you reach your goal and realize exactly how much stronger your journey made you.
Stephanie Hertzenberg is a writer and editor at Beliefnet. She is a graduate of the College of William and Mary where she majored in Religious Studies and minored in Creative Writing. She maintains an avid interest in health, history and science.
Posted by Tony Ogunlowo at Thursday, August 05, 2021