7 Ways Social Media is Making You Depressed - Social media can enrich our lives, but too much exposure can result in emotional difficulties. 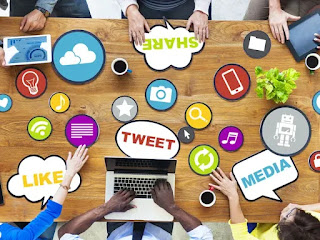 and develop relationships with each other, creating a world connected like never before. We’re now better able to keep in touch with our friends, family, and acquaintances, to peek into their lives despite the obstacles of distance or time.

Beyond the transformation of personal relationships, social media has also transformed the media, passing along unfiltered information at the speed of whizzing electrical impulses. Because of this, we’re now more globally connected than ever—we can be informed of political uprisings, streamed directly from a soldier’s phone, or we can hear proclamations from the pope, directly from his Twitter feed.

But now that the use of social media has become ubiquitous, we’re beginning to see the effects of prolonged exposure.

They’re not all positive.

Researchers at the University of Pittsburgh School of Medicine have found that social media affects mood—in fact, the more time young adults spend on social media, the more likely they are to be depressed.

But, why? How could something that connects us make us depressed? Let’s take a look at the answers to that question and examine 7 ways in which social media can rob you of happiness.

One of the most common, yet most insidious ways that social media makes us depressed is through comparison.

For instance, imagine you’re on Facebook. You’re idly perusing your feed, and suddenly, you begin to see images of your friend’s vacation in France. Your friend looks incredibly happy in every picture, and her family life appears perfect.

You begin to consider your “meager” salary and “miniscule” amount of vacation time. As a result, you begin to feel jealous and inadequate, and your self-esteem drops.

But notice the words that have been enclosed within quotation marks. Those words are the result of comparison. When you look at your friend’s pictures, you begin to use negative words like “meager,” and “miniscule” to describe yourself and your resources.

But those words aren’t true. You’ve been tricked by social media.

What you’ve seen are glamour shots—the very best parts of your friend’s life, carefully arranged and curated in order to display perfection.

And you’re comparing that to your everyday life.

Don’t use social media to compare your life to the lives of others—it doesn’t work. People put their best on display, not their normal lives, and so you’ll only find unneeded anxiety and stress in online comparisons.

Feeling overwhelmed lately? You may be overstimulated by social media.

Information overload isn’t just a buzzword; it’s a real problem that can result in reduced mental capacity, the breakdown of organization, and depression.

For those sensitive to increased sensory input, the overstimulation of social media can be devastating. Think about it; there are many social media platforms, but many of us use at least the main four—Facebook, Twitter, Instagram, and Pinterest. Imagine getting a constant stream of notifications from not one, but four sources, in addition to your emails, your texts, your calls and voicemails.

In a word: overwhelming.

This constant overstimulation can open us up to a variety of mental health issues in those who simply cannot filter it out—most notably, anxiety and depression.

So if you’re stressing over the fact that you can never quite keep up with those notifications, try uninstalling the social media apps from your phone. The beautiful quiet that will result may just be worth the trouble.

Distraction is a huge issue in our contemporary world. We simply have too many inputs—data flows in from countless digital faucets. And when we pay too much attention to the wrong ones, we suffer for it.

A survey by Harris found that 38 percent of wasted time at work is spent on social media. This percentage is even larger in the context of our personal time—the average person now spends nearly 2 hours a day managing their social media presence.

What’s the result of this distraction? Fewer accomplishments reduced interpersonal interaction, and a permanent sense that we simply don’t have any time.

But that sense changes when we stop saying “we don’t have the time” to things like fitness and socializing and education, and start relating to ourselves a truer statement—“it’s not a priority”.

Using the latter statement, rather than the former, we show ourselves where our priorities lie—and if they most lie in mere distractions, perhaps it’s time to re-think our daily routine.

Social media is a breeding ground for arguments, fake news, and agenda-driven monologues that make many users’ blood boil on a daily basis, especially during particularly divisive times like presidential election years and after major tragedies.

And so it might make sense that negativity can spread through social media like the flu, infecting everyone it comes into contact with, while they, in turn, infect others.

Facebook, itself, proved the contagious nature of social media negativity in a decidedly creepy experiment. Facebook manually tweaked what appeared in a group of 689,003 users’ newsfeeds, bringing up more negative subjects. Soon enough, these users became more negative in their posts, as did their friends.

Repeated exposure to this negativity can make it feel like you’re living in a bubble of rage, hatred, and chaos, which can lead to depression over time. Make a habit of taking a step back every now and then in order to immerse yourself in positivity, and you’ll avoid catching the worst of the social media diseases.

This issue disproportionately affects the female users of social media, and often isn’t taken as seriously as it should be.

Have you ever found yourself the recipient of an unwanted and lewd message from someone who thought your profile picture looked “hot”? Have you ever been stalked, harassed, or bullied through social media?

These situations are incredibly painful for the recipient of these types of unwanted online attention. What’s worse, when this information is disclosed to friends and family, the reaction is sometimes, “Well, what did you do to provoke it?”

But no matter what, there is no excuse for online harassment. Period.

In a study by digital security firm, Norton, it was found that 22 percent of women who experienced online harassment felt depressed, with some going on to become suicidal.

Unwanted online attention, of course, can affect anyone, so if you’re the recipient of harassment, remove yourself from the situation, block the offender, or, if necessary, contact authorities.

The emotional and cognitive side-effects aren’t the only aspects of social media that can open us up to depression. The physical degradation that overuse encourages can take its toll, as well.

Health problems concerning eyesight, neck pain, back problems, and a sedentary lifestyle are among the most common “social media injuries”.

Being hunched over a cell phone is particularly destructive to the spine, resulting in a condition known as “tech neck”. Over time, the strain on the spine causes chronic pain, and can even require surgery.

Being sedentary is linked with numerous health problems such as heart failure, diabetes, and even cancer—with the increasing amount of time we spend being distracted and overstimulated by social media, it is becoming more and more difficult to fit in a quality fitness routine that can keep us healthy.

Poor health brings with it an increased risk of depression—it’s difficult to maintain positivity when you’re constantly fatigued and in pain.

Don’t let the overuse of social media distract you from your fitness routine, and pay attention to your posture as you use any kind of device. The long-term benefits of your vigilance will pay off.

The problem of isolation and social media is a conundrum—how can someone feel isolated, yet more connected than ever before?

The truth is, social media both augments our ability to communicate, and hinders it. Yes—we can now keep in touch with old friends, communicate across any distance, and see what our family, friends, and loved ones are doing at any given time. But there is also a hidden cost to this.

We, far too often, step away from those who are right in front of us in order to attend to those who are not present. We check Facebook at social gatherings. We Instragram pictures of our food at dinner. Our social world is often relegated to the screen.

This results in a feeling of isolation as we begin to miss the warmth of a smile, or the joy of a hug and good conversation. We become, in a sense, alone in the crowd.

A lack of in-person human contact and affection is a huge contributor to depression—one that can sneak up on us in our always-connected lifestyles.

Don’t be fooled—online contact is no replacement for in-person communication. Take the time to enjoy the presence of others without exiting the scene through the social media door. You’ll be all the happier for it.

Don't get caught up in the ever-present need to "perform" on social media. The need to create and maintain an online persona drives us to lose so much of time and energy—mostly to our detriment.

Free yourself by realizing that you can drop the online mask—examine your life for the issues we’ve talked about, and if you find yourself suffering for Facebook or hurting because of Twitter, it may just be time to cut back and embrace the world of the senses.