7 Life Changing Ancient Mantras - Let the sounds and meanings of these mantras sink into your subconscious. 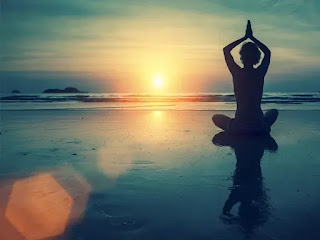 allowing the vibration of the sound and its meaning to sink into our subconscious. The use of mantras goes back to ancient times. Mantras have existed for thousands of years tracing back to the Vedic period in India as well as in Japan, China, and other countries across the world.

Repetitive chanting of a mantra allows the mantra’s vibrations to deeply penetrate the subconscious and bring about transformation. How many times you chant a mantra varies based on tradition. In India, mantras are often chanted 108 times counting the repetitions with the help of mala beads, which have 108 beads on the string. The chanting and the ritual of holding the beads in your hand help in setting intentions and maintaining focus.

Over the centuries miraculous reports of the use of mantra rituals to eliminate disease, obstacles, remedy disasters, neutralize karma and bring blessings and love are plentiful. Many believe that the proper use of mantras can make the impossible possible.

Here are 5 powerful Sanskrit mantras, with their ancient meanings.

The Om mantra is useful for expanding consciousness, increasing divine awareness, bringing peace and calm, cleansing, and manifestation. Om is believed in many cultures to be “the sound of creation.” The mantra’s vibration helps to clear and activate your energy channels drawing the energy from your root chakra up through your crown chakra. Through this process the vibration is also know to clear the throat chakra and enhance communication, creativity and inspiration.

The Om Namah Shivaya mantra is useful for purification, destruction of the ego, space clearing, physical and mental healing, and building self-confidence. Om Namah Shivaya is a very powerful mantra and one of the most popular Hindu mantras. It is known as the “great redeeming mantra” and the “five-syllable mantra”. Shiva is the Hindu deity known at the “destroyer deity”. The intent of the mantra is to call upon the aspects of the higher self for aid. In the book and movie Eat Pray Love, Elizabeth Gilbert receives this mantra from her Guru. This mantra is believed to aid in the destruction of the shadow self and the rebirth of the soul.

The Om Shantih mantra is useful for peace, protection, blessings, unity, and working toward a common goal. The translation of Shanti or Santih is peace. This is a Vedic mantra is often used at the beginning of a meditation or yoga class to set a peaceful, calming tone. Chanting Om Shanti is believed to bring peace and blessings to all living and non-living beings in all corners of the universe. Meditating to this mantra is said to increase awareness of our inter connectedness and oneness with all.

The Gayatri Mantra is useful for sharpening the mind, strengthening the immune system, knowledge and learning, healing, opening the heart, and miracles. The Gayatri mantra is a sacred prayer often compared to The Lord’s prayer in Christianity in terms of religious significance. The mantra’s intent expands past religious beliefs having a powerful effect on those who chant, listen to or think the mantra. Chanting the mantra is believed to remove obstacles in life and increase wisdom and spiritual development. It is said the mantra increases focus, wisdom and understanding.

The Lakshmi Gayatri Mantra is useful for manifesting abundance, good fortune, prosperity, success beauty, health, and relationships. The Gayatri is a mantra adds power to other mantras when they are added to it. This makes the Lakshmi Gayatri mantra extremely powerful. As a result the mantra is believed to quickly and easily manifest the chanter’s desires. Lakshmi is the Hindu goddess of wealth, abundance and prosperity resulting in a mantra designed to manifest desires. This mantra can be used to remedy any area where you are feeling lack. Not only does this mantra assist in brining abundance to you, but also in realizing the abundance that already exists in your life.

The Om Ram Ramaya Namaha mantra is useful for balance, mental health, emotional healing, physical healing, energy, strength, wellbeing. Lord Rama is a beloved Hindu god who is an archetype for righteousness and living the virtues. Lord Rama is associated with the roll of the hero. The Om Ram Ramaya Namaha mantra has a mystical quality. Chanting this mantra is said to bring an overwhelming feeling of bliss. Daily chanting of this mantra not only brings healing but a pervasive feeling of happiness. The mantra clears the body’s energy channels and contains the seed sound for the solar plexus chakra. When over the age of 29, “Namaha” should be changed to “Swaha”.

The mantra Om Mani Padme Hum is useful for wish fulfillment, emergency healing, protection, facing fears, compassion, enlightenment, and transformation. This is a Tibetan Buddhist mantra. It is said that all the teachings of Buddha are incorporated into this mantra. While the mantra cannot truly be translated to a simple sentence, many say it is a metaphor for honoring the divinity in ourselves and all things. The mantra is extremely helpful during conflicts, when you are feeling fearful or are in need of balance and grounding. Repeated chanting of this mantra over a prolonged period helps to increase self-respect and respect for others. It can be repeated for as little as five minutes to bring a sense of calm and rejuvenation.
Choose a mantra that speaks to you at this moment. Chant it daily in the manner that makes sense for you. What changes do you experience after a few days? A week? A month? The impacts can be significant even miraculous! In the comments share your positive experiences with us. Let us know how these ancient mantras have affected you.
Dawn Demers is a Strategic Coach, Change Master and speaker. Dawn’s training includes Pranic Healing, Reiki and other healing modalities in addition to traditional bachelors, masters and doctoral degrees in business and psychology. Learn more about Dawn at ACORDA Strategic Coaching.
Posted by Tony Ogunlowo at Tuesday, June 22, 2021