Orbital launches O2, the "most powerful tidal turbine in the world" 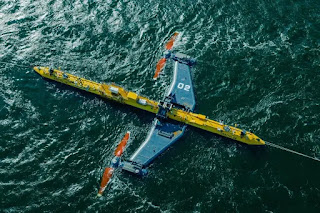 Scotland's Orbital Marine Power (formerly Scotrenewables) has completed the build on what it claims will be the world's most powerful operational tidal turbine. It's now on its way to the Orkney Islands, where it'll have a chance to prove its worth connected to the grid.

Solar energy is a key part of the energy mix that'll push us towards zero carbon emissions – but lunar energy might have a role to play too. As the moon's gravity pulls at the Earth's surface, it heaves vast quantities of ocean water around the globe in predictable patterns. Where this water is forced through narrow gaps or around headlands, it speeds up, and it's possible to harvest the kinetic energy of that mass of water using turbines under the ocean's surface. This is called tidal power.

It's not new; people across Europe and the Middle East were sticking water wheels on the outflow of pools that fill up with the tides to grind corn as far back as the middle ages.

Today's biggest tidal energy projects, Korea's Sihwa Lake Tidal Power Plant and the Rance Tidal Power Station in France, have both been built using enormous and extremely expensive undersea walls, or barrages. These barrage systems close sluice gates at low tide, then open them up at high tide to take advantage of the height differential to run turbines. They work well, but the installation cost is stratospheric and the stifling of natural water flow has had some negative environmental consequences.

Orbital's approach is targeted to keeping costs as low as possible. It uses floating turbines, installed in channels that accelerate tidal flows. These turbine platforms are moored to the ocean floor at four points using extremely strong chains, meaning the undersea work to install them is quick, cheap and minimal. 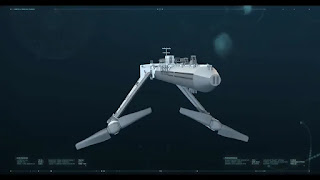 The turbines are joined to the main platform with huge arms, and their giant blades can be reversed in pitch between tide cycles to generate power whichever way the water's moving. Energy is sent back to shore through thick undersea cables, and the platform's arms can articulate to bring the turbines up out of the water for simple inspection and maintenance without any scuba gear required.

Now the production version is complete, and it's expected to do significantly better. The O2 is also rated at 2 MW, with twin 20-meter (65.6-ft) rotors sweeping more than 600 square meters (6,460 sq ft) of area below the surface, on the end of 18-meter-long (60-ft) articulating arms. The platform itself is some 74 m (243 ft) long. The company says it "has the ability to generate enough clean, predictable electricity to meet the demand of around 2,000 UK homes and offset approximately 2,200 tonnes of CO2 production per year."

As to Orbital's claim that the O2 will be the "world's most powerful operational tidal turbine," well, that statement probably needs some more qualifiers. Each of the Rance station's 24 turbines peak at 10 MW and average 2.375 MW over the course of a year. Each of the Sihwa Lake installation's 10 turbines is rated at 25.4 MW and averages 6.3 MW, producing about 55 GWh each year toward a 550-GWh total for the facility.

Either way, it'll go online for a fraction of the cost of the US$298-million-dollar Sihwa facility. Produced entirely on land, the O2 can simply be launched like a ship and floated out to its location to be moored, commissioned and connected to the grid.

And cost is of the essence for green energy technologies. The most important numbers for Orbital will be how much power the O2 generates annually, how much it costs to build and run, how much it can sell that power for in a given market, and how long it'll last in the corrosive undersea environment. The world can certainly do with more predictable power sources that can operate when the sun's not shining and the wind's not blowing – but tidal generators will be dead in the water if the price isn't right.