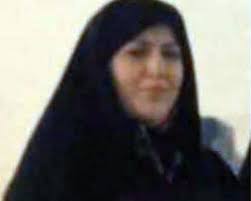 LONDON: The lawyer of an Iranian woman who died of a heart attack moments

before she was hanged said the execution was carried out anyway to appease her alleged victim’s family.

Zahra Ismaili was convicted of murdering her husband Alireza Zamani, but her lawyer Omid Moradi said she was defending herself against violence.

Moradi, who said Zamani was an official in the Intelligence Ministry, posted online a depiction of his client’s ordeal.

He said Ismaili was in a line of people preparing for execution, behind 16 men, and while watching them being hanged ahead of her, she had a heart attack and died.

According to Moradi, the execution still went ahead so that Zamani’s mother could carry out the act of kicking the chair beneath her.

The execution, which was carried out in the infamous Rajai Shahr prison, has been condemned by human rights activists and analysts.

Kylie Moore-Gilbert, a British-Australian academic who was recently released from prison in Iran, described the execution as “gruesome.”

Kasra Aarabi, an analyst at the Tony Blair Institute, said the killing was “truly barbaric. World leaders must speak out.”

Javaid Rehman, the UN rapporteur on human rights in Iran, said in a recent report that 233 people were executed in the country in 2020, including three prisoners who were children at the time of their alleged offenses.