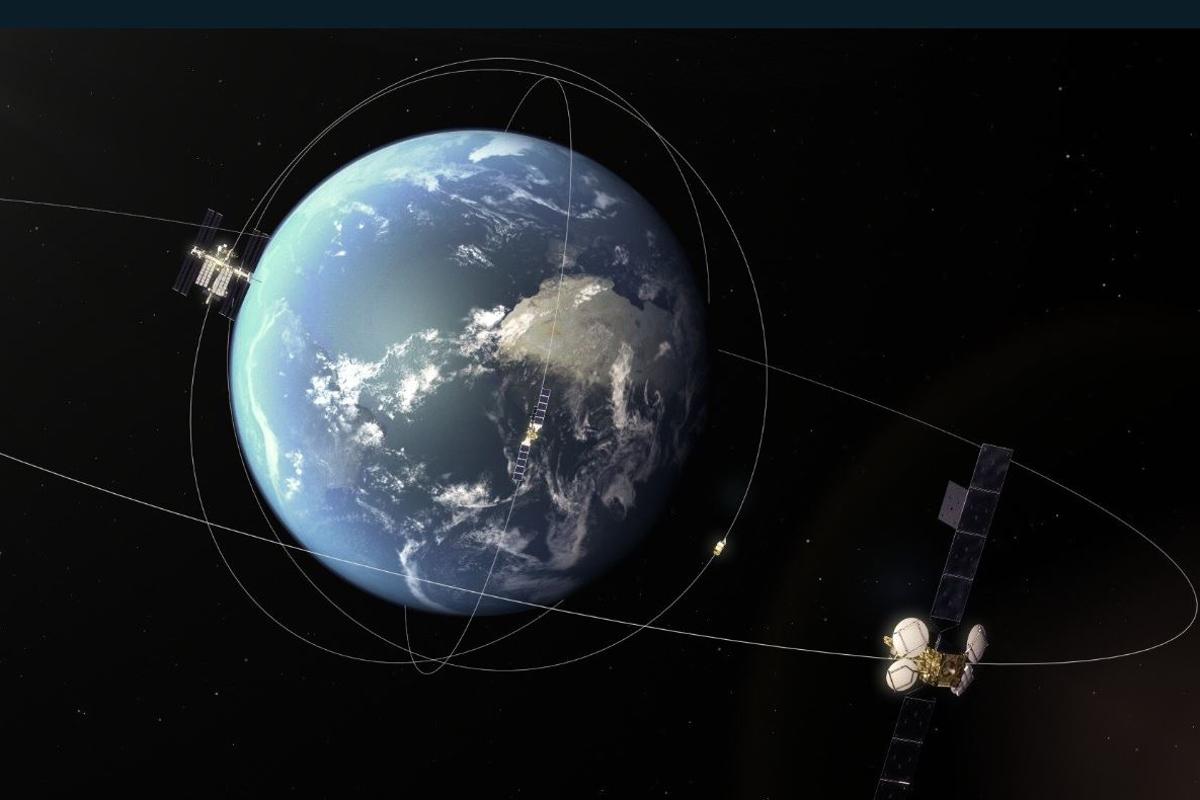 A small asteroid came within a cosmic hairbreadth
of the ring of communications satellites circling the Earth in geosynchronous orbit this week. Passing by our planet at an altitude of about 35,000 km (22,000 mi), the object measuring four to eight meters (13 to 20 ft) in diameter whizzed past the nearest satellite on April 28, 2020, at 18:49 GMT at a distance of about 1,200 km (750 mi) on one of the closest Earth flybys ever recorded.

When we think of the danger that asteroids pose to the Earth, we usually think of one crashing into the planet like the one that killed off the dinosaurs 65 million years ago, but as we become more of a spacefaring species dependent on orbital satellites, such asteroids can potentially cause a lot of damage even if they pass well clear of Earth.
Geosynchronous or geostationary satellites sit in an orbital band above the equator where their orbital period is equal to the rotation of the Earth, meaning that they always remain over the same spot. These satellites form the backbone of the orbital telecommunications system and mission planners go to great length to make sure that the spacecraft don't interfere with one another.
However, sometimes unexpected hazards can appear quite suddenly. According to ESA, on April 26 (European time) an object was seen by NASA’s Panoramic Survey Telescope and Rapid Response System (Pan-STARRS) in Hawaii. Originally unidentified, the object was observed again the next night and given the temporary name of P20Zlf8 – later changed to its current moniker of 2020 HS7.
2020 HS7 was more than another asteroid to be entered into the books. Calculations showed that it had a 10-percent chance of colliding with the Earth, so space scientists became immediately interested. Less than an hour after the first report was released, Xingming Observatory in China charted its position, trajectory, and brightness. These observations were then refined by the Tautenburg Observatory in Germany.
The good news was that 2020 HS7 wasn't going to collide with Earth after all, and even if it did, it was so small that it would burn up in the atmosphere. However, it was going to come uncomfortably close to the geosynchronous orbital ring. The measured 1,200 km (746 mi) from the nearest satellite may seem like a long distance, but on a cosmic scale, it's like dodging a bullet by the width of a hair.
ESA says that the passage of 2020 HS7d provided scientists with an exercise in quickly and accurately tracking and characterizing new asteroids, as well as coordinating follow-up observations for extremely precise measurements, confirming that 2020 HS7 is one of the 50 closest objects ever recorded to fly by the Earth.
Source: ESA
Posted by Tony Ogunlowo at Monday, May 04, 2020