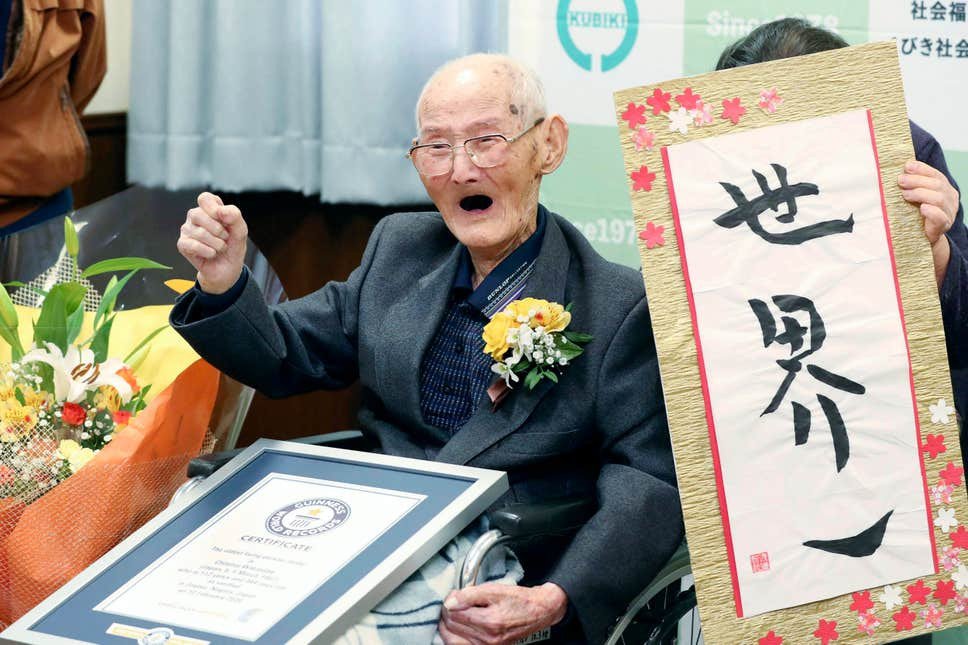 Chitetsu Watanabe, from Niigata in Japan died late on Sunday, February 23 after he had received the Guinness World Records certificate on February 12.

His death was confirmed on Tuesday, February 25, but no cause was given.

According to Japanese newspaper Mainichi, Mr. Watanabe had not been able to eat recently and developed a fever and difficulty breathing a couple of days before his death.

Mr. Watanabe, who was born in 1907 in the village of Uragawara, now Joetsu, in Niigata is survived by his five children, 12 grandchildren, 16 great-grandchildren, and one great-great-grandchild.
Mr.Watanabe, who worked in Taiwan for 18 years at a sugarcane company Dai-Nippon Meiji Sugar Company, is the first of eight children of farming parents father Haruzo and mother Miya. He also served in the military towards the end of the Pacific War in 1944 - before returning to Joetsu.

Until his retirement, he worked at an agricultural office, a branch of the Niigata Prefectural office.

The oldest man in Japan is now Issaku Tomoe, who is 110 years old, according to Jiji Press, although Tomoe doesn't hold the title globally. But the oldest living person is also Japanese, Kane Tanaka, a 117-year-old woman.
Posted by Tony Ogunlowo at Tuesday, February 25, 2020