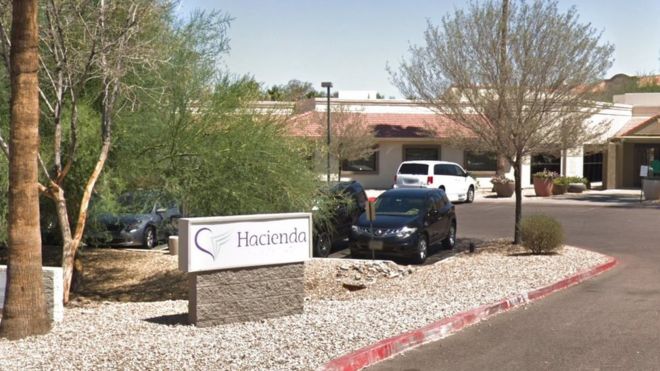 Police in Arizona say they have arrested a nurse after a patient at a care facility gave birth.

The suspect has been named as Nathan Sutherland, 36, who worked at the Hacienda Healthcare clinic.
He is being charged with one count of sexual assault and one count of abusing a vulnerable adult.
The 29-year-old patient, who has reportedly been in the care of the clinic since she was a toddler, gave birth on 29 December.
Staff at the facility said at the time that they were unaware she was pregnant until she went into labour.
The child, a boy, is now in the care of the patient's family.
After the birth, a police investigation into the sexual assault was launched and DNA samples were collected from male staff.

The CEO of Hacienda Healthcare has resigned over the incident, and earlier this week the clinic announced two members of staff had left the facility.
The patient's family have described her as having "significant intellectual disabilities" and say she cannot speak but has limited movement and can respond to sounds.
A lawyer for the relatives previously described them as "outraged, traumatised and in shock" at the assault.
At a news conference on Wednesday announcing the arrest, Phoenix Police Chief Jeri Williams said the case had become "the highest priority of our police department".