An expelled Labour MP has been jailed for three months after being found guilty of lying to police to avoid a speeding ticket.

Fiona Onasanya was convicted of perverting the course of justice after a retrial in December.
The 35-year-old has been sentenced to three months in jail and will serve half her sentence.
MPs jailed for longer than 12 months automatically lose their seats under parliamentary rules, so Onasanya will not lose her job.
But a recall petition could force a by-election in her constituency, if signed by 10% of her electorate.

Onasanya's brother, Festus Onasanya, was sentenced to 10 months in prison after pleading guilty to three counts of perverting the course of justice.
Sentencing her, Mr Justice Stuart-Smith said: "These were exceptional times. Initially you had no staff, no office, you were completely swamped by emails. 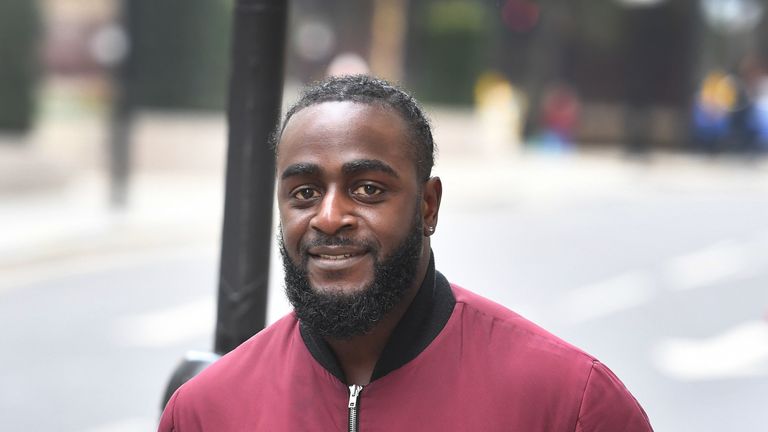 "I accept your evidence that others would frequently drive your car.
"There is no sentencing guidelines for these cases. Where a person is convicted of perverting the course of justice only an exceptional case will not result in an immediate custodial sentence."
He said she had made her mark as an "able parliamentarian" and called her a "role model", but said: "You have let down those who look to you for inspiration, your party, your profession and Parliament."
The Peterborough MP was texting as she was speeding on the evening on 24 July 2017, during the summer recess.
She was clocked driving at 41mph in a 30mph zone in Thorney, near Peterborough. The court heard she was caught near to the home of her former aide Christian DeFeo.
The prosecution said she colluded with her brother to avoid the ticket. Onasanya sent back the Notice of Intended Prosecution naming the driver as Aleks Antipow, an acquaintance of her brother.
Mr Antipow was in Russia visiting his parents at the time of the offence.
The court heard the MP had been diagnosed with multiple sclerosis when police began pursuing her.
Sentencing Festus Onasanya, the judge said: "It is a tragedy you find yourself here... in each case I'm satisfied you filled out the forms with people you knew could not be traced and that the true drivers would not be brought to justice."
He called his crimes a "deliberate period of deception which ran for months".
Festus, 34, pleaded guilty to three counts of perverting the court of justice over speeding, including the 24 July incident.
Onasanya was expelled from the Labour Party and has launched an appeal against her conviction.
In her mitigation, Christine Agnew said the conviction was "disastrous" for her, adding: ""It is highly likely as a result of today's sentencing hearing that she will lose her seat as an MP.
"It's not just a fall from grace. It's a very public fall from grace. She will inevitably be struck off as a solicitor.
"Her life as a politician and as a solicitor have effectively come to an end."
After the sentencing, a Labour Party spokesman said: "Fiona Onasanya has let the voters of Peterborough down. When she was found guilty she should have immediately done the decent thing and resigned.
"However today's sentence gives Fiona one last opportunity to act honourably and resign from Parliament.
"She should do this without delay and not take another penny in salary from the public purse."
The Conservative Party also called on Onasanya to resign. I"f she doesn't, we will campaign to use a recall petition to ensure that the residents of Peterborough can have their say in a by-election for a new MP," the party said in a statement.
She became an MP just 18 months ago, winning the marginal seat by 607 votes.
The Labour Party has promised to support a recall petition and fight a by-election.
Sky News.﻿
Posted by Tony Ogunlowo at Tuesday, January 29, 2019