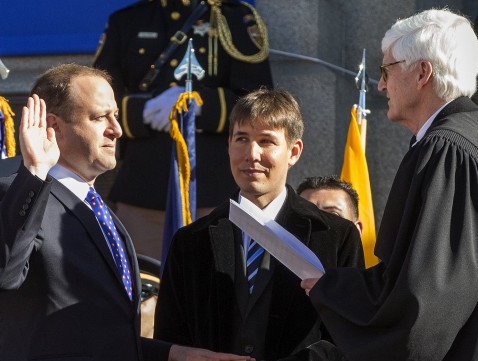 Jared Polis was Tuesday sworn in as Colorado's 43rd governor and it was a historic moment because he is the first ever openly gay man to be elected governor in the US.

Polis' partner, Marlon Reis, was by his side, looking on proudly, as he took the oath of office administered by state Supreme Court Justice Nathan B. Coats on the west steps of the Colorado State Capitol. 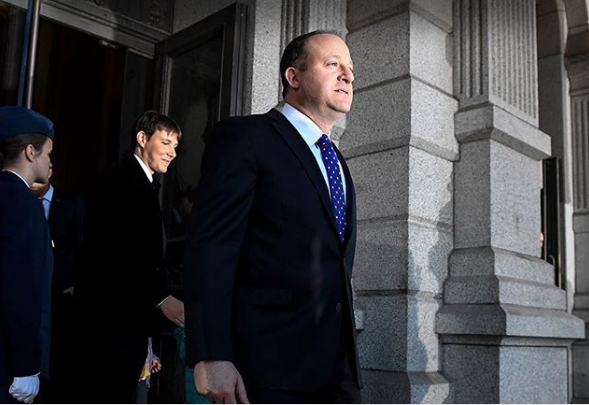 Buttons with a picture of Polis, his partner, Marlon Reis, and their two young children with the tag Colorado’s first family were passed out to the crowd who came out to watch the proceedings during the inauguration ceremony. Another button showed a picture of Polis in front of the capitol with a coloured rainbow and stars behind him.

As the ceremony began the Denver Gay Men’s Chorus performed.
After the oath of office, the first thing Polis did was thank all of the “brave people” who paved the way to make it possible for someone like him to become governor.
He said:


I’m grateful and forever indebted to those who came before me – who struggled for equal rights, who stepped up for public service in all its forms, who made difficult sacrifices and worked faithfully toward a brighter future for our state, nation and our world.


In November, Democrat Jared Polis beat his Republican opponent, Walker Stapleton (a second cousin to Jeb and George W. Bush), in a self-funded campaign.
Polis is Colorado's first-ever Jewish governor. He is also America’s first openly gay man to be elected as any state’s top executive. New Jersey's former Gov. Jim McGreevey came out while in office but was not out when he was elected. Oregon Gov. Kate Brown, who is bisexual, became the first openly LGBT governor elected when she won in 2016.﻿
Posted by Tony Ogunlowo at Wednesday, January 09, 2019