Fisherman claims to know where Flight MH370 went down.

It remains one of the greatest aviation mysteries of all time but now an Indonesian man has come forward saying he saw exactly where MH370 went down.

MH370 investigators have been handed new information from a fisherman who claims to know where the doomed aircraft went down.
Indonesian Rusli Khusmin said his crew witnessed the disaster on March 8, 2014, watching the Malaysia Airlines flight with 239 people on board “move like a broken kite”.
The 42-year-old said there was no noise, just smoke, and he recorded the coordinates of the exact location the plane went into the water.
Mr Khusmin has pinpointed a location in the Sumatran Sea between Malaysia and Indonesia and has sworn on the Koran that he is telling the truth.
“I saw the plane moving from left to right like a broken kite,” he said at a news conference in Subang Jaya, near Kuala Lumpur.
“There was no noise, just black smoke as a result of fires before it crashed into the water.”
He said there was also a strong smell of acidic fumes, but did not explain why it had taken him nearly five years to come forward. Rusli Khusmin, 42, a fisherman from Indonesia shows his GPS navigator which he used to record the co-ordinates of where he believes Malaysia Airlines Flight MH370 crashed. Picture: Mohd Samsul Mohd Said/Getty ImagesSource:Getty Images

Jacob George, president of CASSA, a Malaysian NGO, said he would now officially send the evidence to the Malaysian Prime Minister Mahathir Mohamad.
It’s the latest among several theories on the disappearance of the ill-fated aircraft that remains one of the world’s greatest mysteries.
The most extensive search in aviation history failed to find the plane, with the Malaysian government halting the investigation.
Last month an engineer at a top Danish university claimed investigators had been looking in the wrong place.
He came up with a possible new flight plan that conforms with existing data, and it looks nothing like those that guided search efforts before.
It puts MH370’s probable crash site off Christmas Island, south of Jakarta. And he speculates the missing aircraft’s new possible track means a hijacker could have ‘bailed out’. When it comes to finding MH370, there’s never been much to go on.
Shortly after the Boeing 777 took off, its radar transponders and communications systems were all shut down. It meant that, once out of ground-based radar range, nobody could ‘see’ where the aircraft was.
But whoever tried to make the aircraft invisible overlooked one thing: engine monitoring sensors that would automatically report to overhead satellites.
Searchers used these signals, along with inferred flight speeds and courses, to mark-out a broad patch of the Southern Ocean far to the southwest of Perth as the most likely place MH370 went down.
In October there were curious new developments in the French military’s ongoing probe into the date of the flight.
Investigators uncovered a mysterious “third entity” which may be withholding technical data about the path taken. 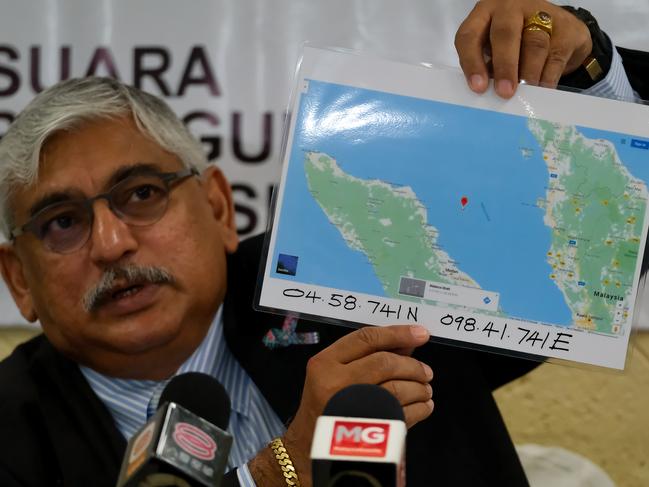 They also identified a number of “curious passengers” aboard the Boeing 777 who they believe warranted further investigation.
The potentially explosive developments were revealed by Ghyslain Wattrelos, a French national who lost his wife and two teenage children on MH370, following his meeting with judges overseeing the Gendamarie Air Transport (GTA) investigation.
Mr Wattrelos said he was told the French team had found “inconsistencies” in the Malaysian investigation’s official report and identified the presence of “curious” passengers.
They include a Malaysian national and aeronautics specialist seated directly under MH370’s Satcom module who potentially had the technical knowledge to hack the plane’s communication systems and disguise its route.
The GTA, an arm of the French military, is seeking to verify satellite and other technical data used by the Australian Transport Safety Bureau (ATSB) to plot the plane’s journey to a remote part of the southern Indian Ocean off WA. 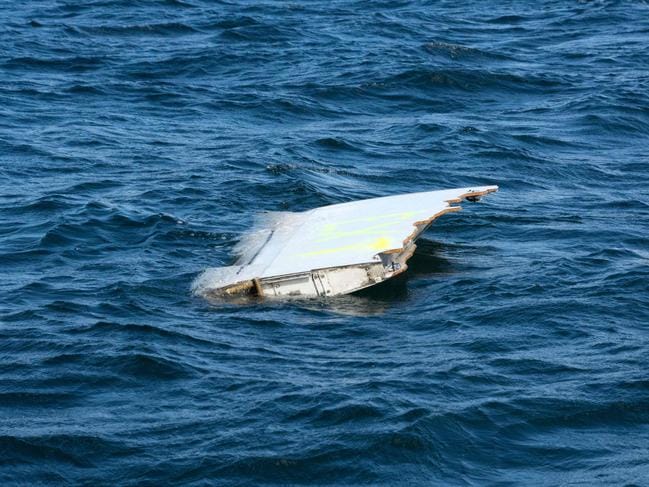 A a modified genuine Boeing 777 flaperon tested in waters near Hobart to help determine where the final resting place of MH370. Picture: AFPSource:AFP

Five pieces, thought to be from the plane, recently washed up in Madagascar.
Aviation expert Victor Iannello believes one fragment, which appears to be from the interior floorboard, is consistent with a “high-speed impact”.
More than 30 bits of aircraft debris have been collected from various places around the world but only three wing fragments that washed up along the Indian Ocean have been confirmed to be from MH370.
Last year a senior aviation figure said it was time the Australian Transport Safety Bureau abandon its version of events.
Captain Mike Keane, a former chief pilot of Britain’s largest airline easyJet, claimed the ATSB was complicit to a crime if it stuck to its “ghost flight” theory that the plane was on autopilot when the pilots were incapacitated at the end of the flight when it crashed.
Experts believe MH370 was used in a murder-suicide mission by Captain Zaharie Ahmad Shah.
Captain Keane, who was born in New Zealand and was a fighter pilot and intelligence officer in the Royal Air Force, told The Australian the ATSB should now publicly admit the ­captain ­hijacked his own aircraft, flew it until it crashed and abandoned it outside the bureau’s search area so it could not be found.