Pastor John Gray explains why he bought a $200,000 Lamborghini car for his wife on their 8th wedding anniversary 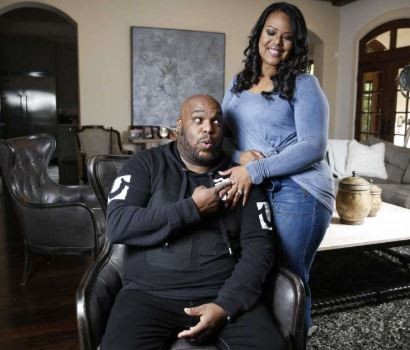 A South Carolina Pastor, John Gray has defended buying a $200,000 Lamborghini luxury car as gift for his wife on their eighth wedding anniversary.

The man of God made the news over the weekend after an Instagram video of the moment he handed his wife the keys to the bow-wrapped “Lamborghini Urus” on Saturday went viral.
Gray, who is the pastor of Relentless Church, later stressed online that he had purchased the vehicle for his wife, while rebutting critics who raised suggestions about whether he bought the car with church money.
“God helped me to make my wife’s dream come true. Why not? She’s made mine come true!”  Gray said in an Instagram post.
He then addressed the matter in a video on Facebook Live afterwards saying “not a nickel, not a penny” of money from the church went to the gift.

“First of all, it wasn’t a pastor that bought the car. It was a husband that bought the car. I’m a husband first. Don’t confuse what I do with who I am. What I do is I pastor God’s people. Who I am is a husband and a father and I’ll do anything to honour them.
And I won’t ask permission from anybody to do it. My wife has pushed for my dreams and my vision, and she has toiled with a man who is still trying to find himself. That carries a weight. I wanted to honor her for how she’s covered me.
What should concern people who are actually genuinely concerned is ‘did this man use any money from the church to do this?’ And the answer is no, absolutely not,” he said.﻿