Gunman Kills Wife, Four Others In US 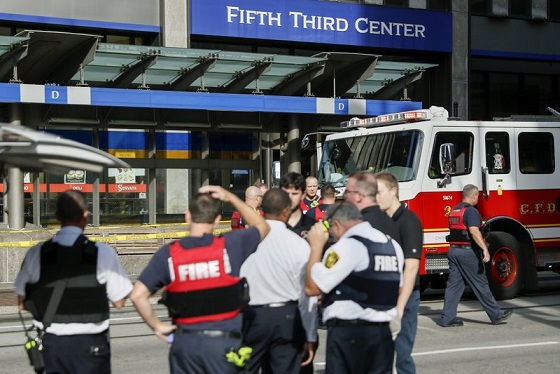 A man went on a shooting rampage in California on Wednesday, killing five people including his wife, before taking his own life.

The shooting at multiple locations in Bakersfield in central California was possibly “a domestic violence incident,” said Lieutenant Mark King of the Kern County sheriff’s office.
Police received their first call at 5:19 pm before responding to the first location, a trucking company, where the rampage began.
Three people were killed there and the shooter, armed with a large caliber hand gun, fled.

Sheriff Donny Youngblood told reporters that the suspect first shot a man at the trucking company and then killed his own wife. He chased a person who had witnessed the shooting and killed that person, too.

He then fled and shot a couple at a house.

Police then received a call from a woman who said she had been carjacked, King told AFP.

Officers gave chase and the suspect pulled into a business, got out of the car and shot himself, he said.

King said police were investigating five scenes and interviewing some 30 witnesses to determine what triggered the rampage. The names of the victims have not been released, but they were all from the Bakersfield area, located some 90 miles north of Los Angeles, King said.

“We don’t believe anyone else was involved and the only suspect was accounted for,” he said.
Youngblood said the officer who confronted the suspect after the carjacking wore a body camera, but the footage has not been released.

“Obviously, these are not random shootings,” said Youngblood, while denouncing the fact that such mass shooting were “the new normal.”
It was the latest chapter of America’s epidemic of gun violence.

Americans make up only four percent of the global population but they own 40 percent of the world’s firearms, according to a recent study published by the Graduate Institute of International and Development Studies in Geneva.

Of the 857 million guns owned by civilians, 393 million are in the United States — more than all of the firearms held by ordinary citizens in the other top 25 countries combined, according to the Small Arms Survey.

The shootings have drawn impassioned pleas for stricter gun control.

Following the Parkland shooting, teenage activists, many of them friends of the victims, galvanized a movement for gun control by organizing marches and school walkouts that kept the issue in the headlines for weeks.
The outrage prompted Florida to pass the first gun control measure in the state in 20 years.