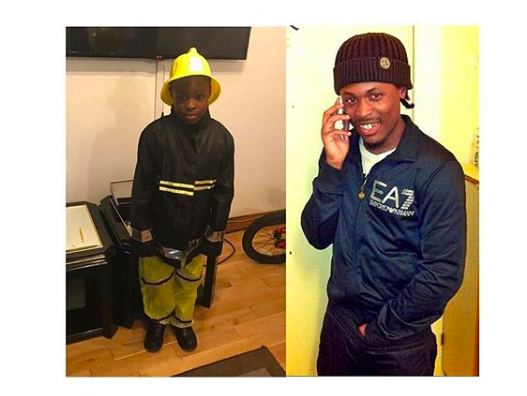 Sam Urhie, 21, has been blamed for the death of his 7-year-old brother, Joel.


Joel was reportedly killed in an arson attack on Tuesday, in Deptford, south London.
According to relatives, Sam’s life of crime brought about the death of his younger brother as they believe joel was probably caught in the crossfire of a turf war involving his sibling Sam, who was recently released from prison for dealing cocaine and heroin.
Sam was allegedly stabbed after his release from prison, three months ago, and was taken in by his mother. He was, however, not at the house when it was set ablaze by rival gangs
His mother Sophie, 49, and 19-year-old sister Sarah escaped the inferno by smashing an upstairs window and jumping out. It is claimed Sophie even told him ‘You have killed Joel’ from her hospital bed.
Sam was jailed for four years and four months after pleading guilty to selling Class A drugs and possessing drug money in February 2016. Having grown up in a church-going family, Sam fell into drugs and drill music, it was claimed. .
With its confrontational style, drill has been blamed for a rise in tit-for-tat gang killings. Joel became the capital’s 90th murder victim this year. A relative said that Sam was involved in ‘dodgy stuff’ and described how his parents had spent years trying to keep him out of trouble.
His aunt Ruth Urhie, 53, said yesterday: ‘When he came back from jail he was living there with his mum. They came to the house and stabbed him so he ran from the house. He was too scared to go back there.“
Friends say that as he was given the news about his brother’s death, Sam was heard shouting: ‘Oh, why not me to die?’ The aunt claimed Sam’s relationship with his father John, 54, had broken down when the youngster pulled a knife on him. .
A friend of the family who grew up with Sam said the father of one had become ‘100% a gangster’. He added: ‘He used to be a nice boy growing up, we played football together. But he started listening to drill music and smoking weed.’
Posted by Tony Ogunlowo at Thursday, August 09, 2018