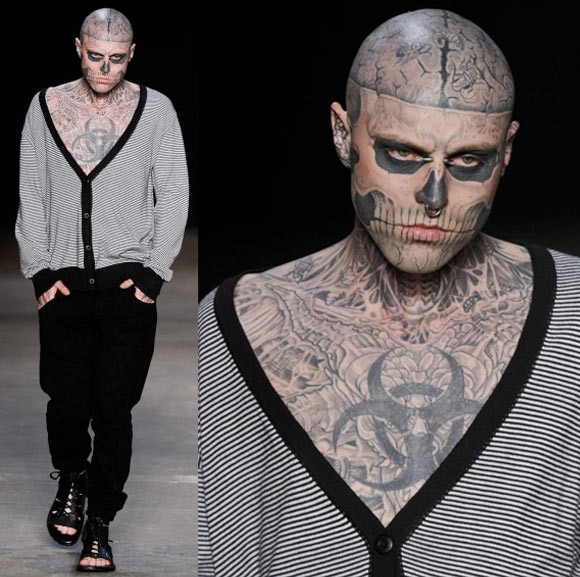 Rick “Zombie Boy” Genest the popular Canadian model who hit the limelight with his role in lady Gaga’s Born This Way video has died of apparent suicide. He was 32.

He was found dead in his home in Montreal on Wednesday, according to iHeartRadio Canada.
“Million Reasons” singer confirming the news said  that Zombie Boy took his own life.
“The suicide of friend Rick Genest, Zombie Boy is beyond devastating,” she tweeted honoring the model who was best known for his breakout role in her 2011 music video “Born This Way”.