Obama dances with his grandmother on Kenya trip. 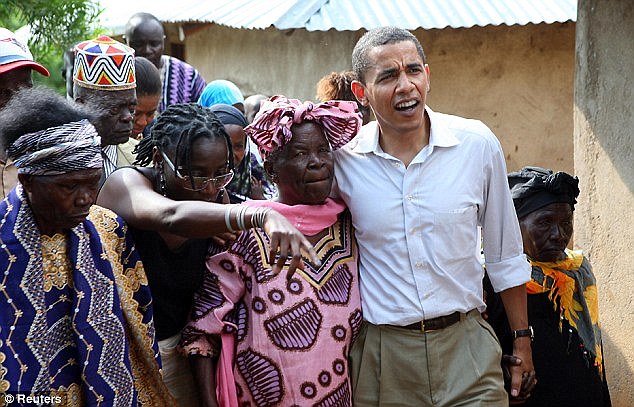 Barack Obama visited his father’s ancestral village in Kenya’s South-western Siaya County on Monday and danced to some traditional music with his grandmother in his first visit to the country since leaving office.

Obama is in Kenya to launch a youth centre set up by his half sister Auma Obama.

Kenyan television showed the former U.S. president pulling his grandmother Sarah Obama, clad in traditional garb, onto the dance floor and getting down to some music.
Obama, America’s first black president and a favourite in Africa, was also shown touring the Sauti Kuu Centre, sporting a casual white shirt and a pair of shades.
Locals hoping to get a glimpse of Obama lined the roads near the centre, with one school girl telling Kenya’s NTV “I’m happy to see our elder brother come today.”
After Obama arrived in the country on Sunday, he met with President Uhuru Kenyatta, who tweeted “It was great to welcome you back @BarackObama.”
Obama will head to South Africa on Tuesday to give a key speech for Nelson Mandela’s centenary – his first major public address since leaving office.
(DPA)﻿
Posted by Tony Ogunlowo at Monday, July 16, 2018