Greece Forest Fire -Atleast 50 dead including 26 in one villa 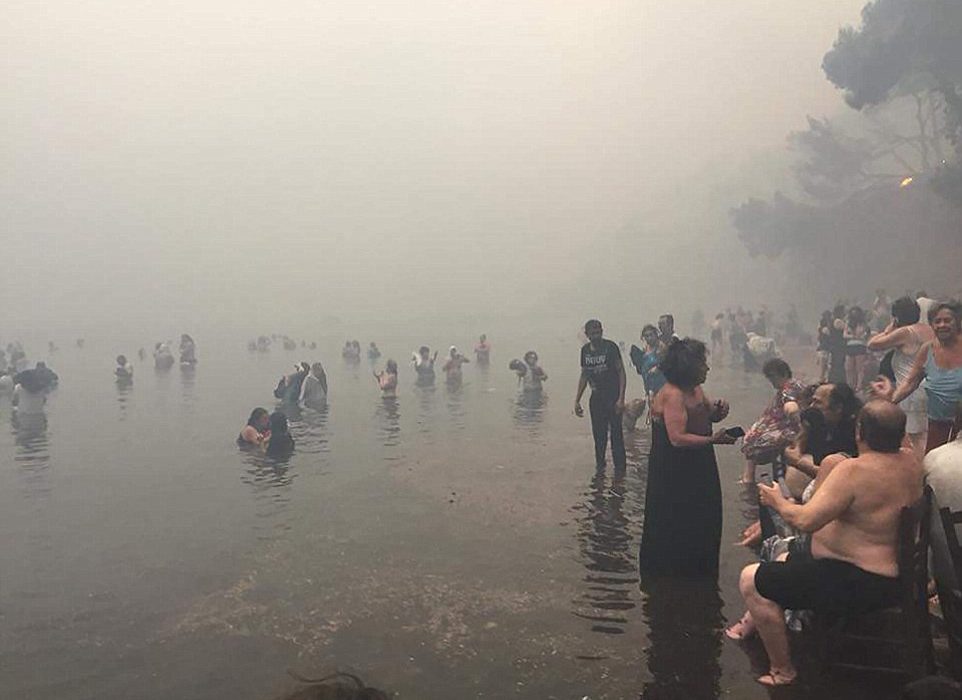 At least 50 people have been killed including 26 at one seaside villa and a six-month-old baby as deadly forest fires rip through Greece. Hundreds of tourists have fled to beaches while three woman and a child drowned in the sea while trying to escape flames rampaging through the Athens region.

In an ‘extreme situation’ fuelled by winds of up to 65mph and 104F (40C) temperatures, the worst Greek wildfires in a decade ripped through communities in a matter of minutes leaving lines of cars torched and farms and forests charred

Horrified officials found 26 bodies, apparently families, huddled tightly together, many of them hugging at a villa in the coastal town of Mati, 25 miles northeast of the capital,Mailonline reports.
Greece has asked for US drones to ‘to observe and detect any suspicious activity’ as it emerged 15 fires had started at the same time in three different areas – possibly by criminals intending to ransack homes once they were abandoned by fleeing residents .
A mass evacuation is underway with military vessels, a flotilla of private boats and army helicopters all mobilised.