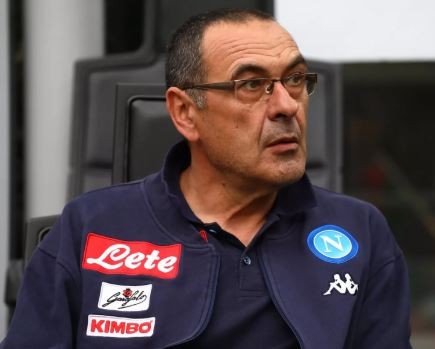 Former Napoli boss Maurizio Sarri has finally joined Chelsea after the Italian signed a three-year deal at Stamford Bridge, displacing his compatriot Antonio Conte at the helm of the Premier League side.

The 59-year-old was pivotal in re-invigorating Napoli, utilising a vertical passing system among other innovations, and admirably led the Serie A outfit in their title challenge last season.
In a statement on the club's website, Sarri said: "I am very happy to be coming to Chelsea and the Premier League. It is an exciting new period in my career. I look forward to starting work and meeting the players on Monday ahead of travelling to Australia, where I will be able to get to know the squad and begin our match action. I hope we can provide some entertaining football for our fans, and that we will be competing for trophies at the end of the season, which is what this club deserves."
In Conte's case, the two parties were in disagreement over how the £9m compensation package his contract entitled him to would be distributed, with the manager holding out for a lump sum and the club angling for it to paid in several instalments.
It is understood that the club eventually yielded to the former Italy manager's demands, provided he doesn't enrol in a new job for the rest of his nominal contractual period.﻿
Posted by Tony Ogunlowo at Saturday, July 14, 2018