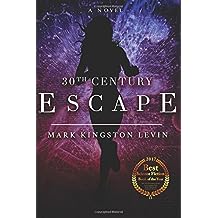 Captain Jennifer Hero is leading a task force from the thirtieth century on a one-way trip to the Diversion Point. Their goal is to plant a virus that will disrupt the genetic tendency toward sociopathy among the Syndos. After an intense attack on their remote South Pacific island base, Jennifer sends her colleagues back 300 years. But she does not go with them, opting instead to travel alone back to 2015 to grieve the loss of the love of her life, the time machine’s inventor, and to find herself.

After months spent alone on the radioactive atoll of Moruroa, Jennifer is rescued by an amphibious aircraft, piloted by a marine biologist and his crew. History sources she studied left out much about twenty-first century culture, causing culture shock and conflicts. She struggles to hide her superior intellect and nanotech-enhanced abilities.

Among these ordinary humans she is as alien as the Syndos are in her native century. Her attitude toward sex diverges totally from theirs, for a start. So much so, it raises a question mark over whether she can even survive in 2015.

Best Science Fiction Book of the Year. 2017 IRWIN Literary Award in this category from Book Publicists of Southern California

Available at: Amazon, Barnes & Noble and other retailers.﻿
Posted by Tony Ogunlowo at Tuesday, July 10, 2018