Artist is condemned for animal cruelty after executing a cockroach in an electric chair!! 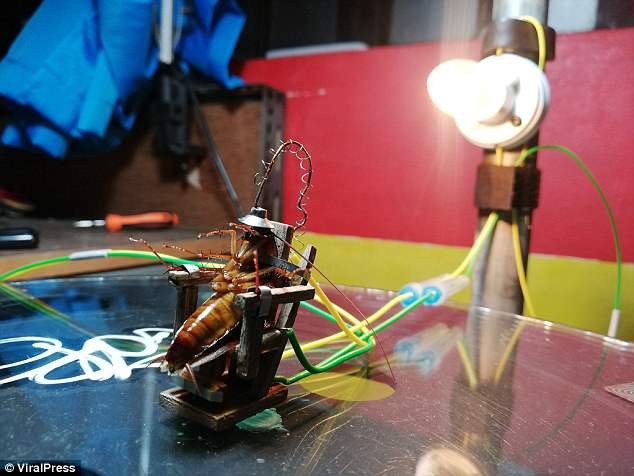 An artist has sparked an outrage online after he executed a cockroach in a mini electric chair.

Sculptor Gabriel Tuazon reportedly caught the cockroach when it flew in through a window at his home in Pasig, Philippines, on Wednesday. He spent two hours to set up a mini wooden chair which he connected to battery wires and a light bulb before clipping the roach down with a metal lid on its head.
Gabriel then filmed himself turning on the switch which sent a current to the metal lid that killed the cockroach. 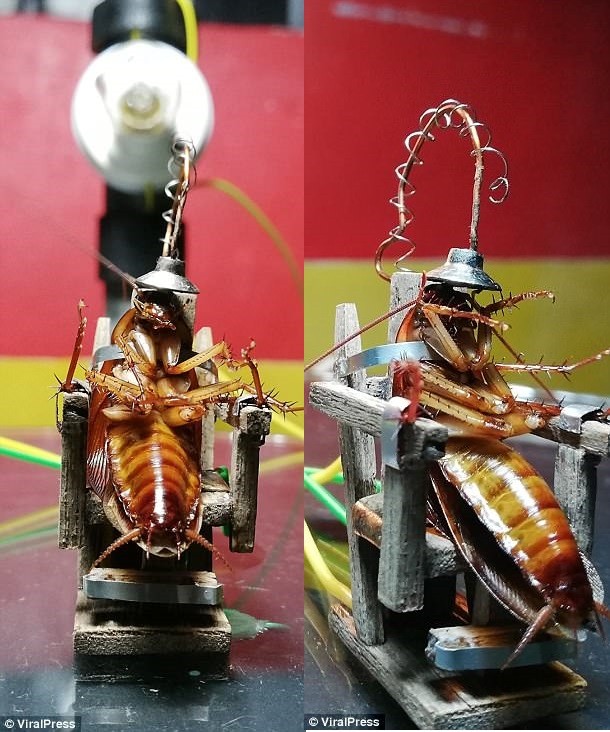 After the execution, Tuazon placed the cockroach in a 'coffin', an old matchbox.
The video has seen the artist getting bashed online which some of them condemning him for animal cruelty.
Kristina Abatayo said: 'Son of a b****, ew poor thing.'
Manuel Malingo wrote: 'How can anybody think that this is acceptable. Every living creature has feelings. This is animal cruelty and it should not be allowed.'
Josef Dasco commentated: 'We're so cruel to other animals. Good thing we turned out to be humans. But what if we became the cockroaches?'
Explaining why he executed the  cockroach in that manner, he said:  'I opened my window because it was ho
'It all started when a cockroach entered my room. I was supposed to hit it with an object, but felt gross at the idea because I might dirty my working table.
'I trapped it alive using a plastic. And so the ideas came pouring in.'t and the cockroach came in. He wasn't supposed to come inside.