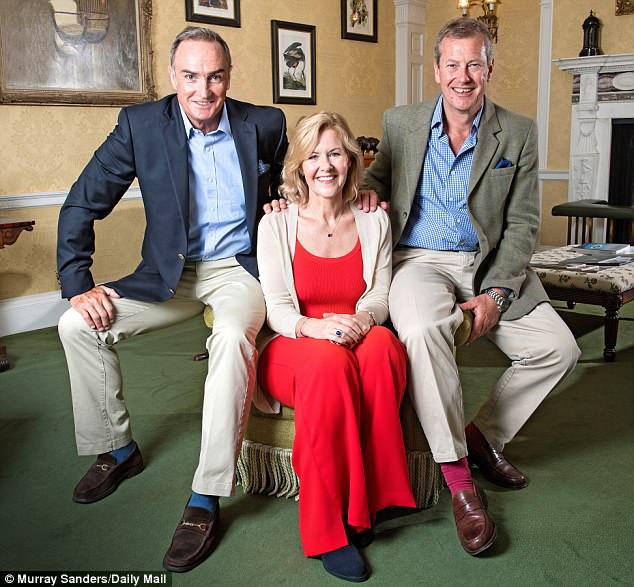 There’s another royal wedding in the works, and it’s the first same-sex marriage in the extended royal family, according to the Daily Mail.

Queen Elizabeth’s cousin Lord Ivar Mountbatten has announced that he will be marrying his partner, James Coyle, in a small ceremony in a chapel on his Devon estate.

Mountbatten was previously married to a woman, Penny, for 16 years, and they have three children together. The exes are still on great terms, though—she’s going to give him away at the wedding, which has the full blessing of the family. “It was the girls’ idea,” she told The Daily Mail. “It makes me feel quite emotional. I’m really very touched.”
In the interview, Penny says she knew her ex-husband identified as bisexual before they married.

“I could sense he was quite relieved sharing his secret, particularly with someone who was so receptive,” she says. “Because I have lots of gay friends and cousins, I’m very open-minded about sexuality. He seemed like he’d offloaded a huge burden. It definitely made us closer from that moment onwards because he trusted me.”

As for the upcoming wedding, Mountbatten says he wants to do it for his partner James.

“He hasn’t been married… For me, what’s interesting is I don’t need to get married because I’ve been there, done that and have my wonderful children,” he explains. “But I’m pushing it because I think it’s important for him…James hasn’t had the stable life I have.”

“I want to give you that,” he told Coyle.
“It’s a very modern marriage,” Coyle continued in the Mail interview. “There was no proposal, just an acceptance of this great love. He cares. I care. The girls are very accepting.”﻿
Posted by Tony Ogunlowo at Monday, June 18, 2018