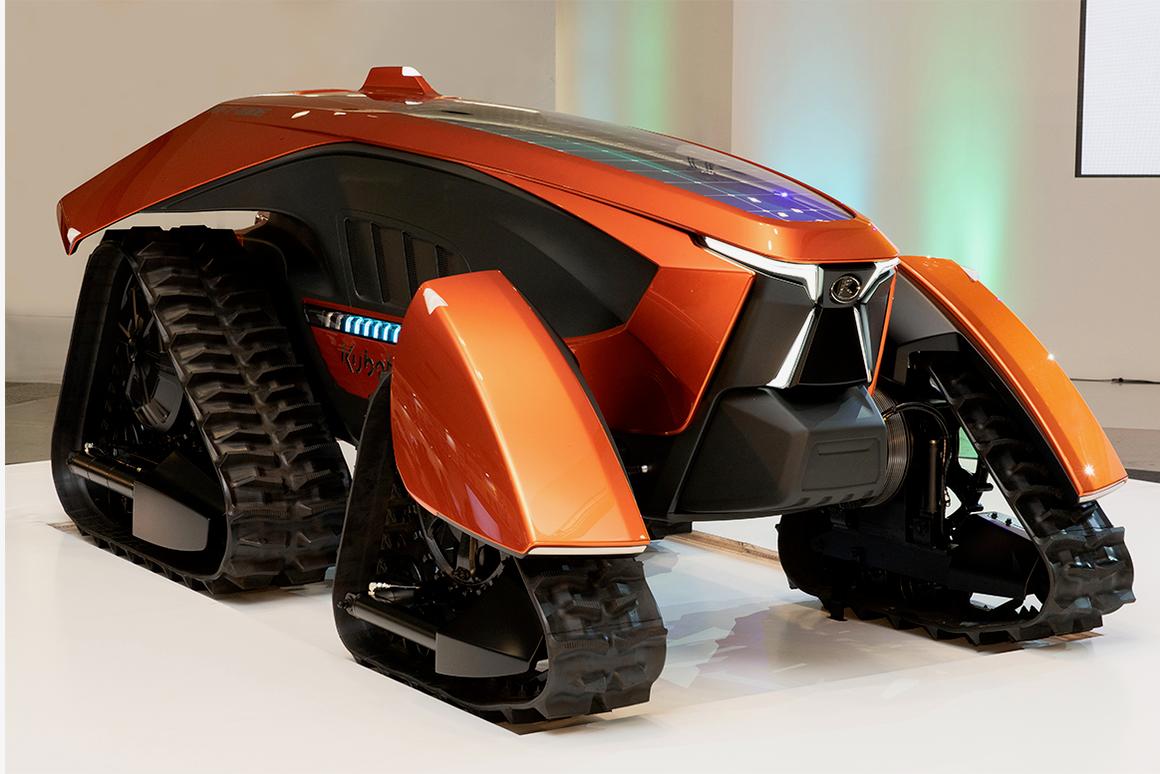 The X tractor is being presented in commemoration of Kubota's 130th year in business
Kubota
According to agricultural machinery manufacturer Kubota, there are now fewer farmers in Japan, trying to manage increasingly large amounts of land. With that problem in mind, the company recently unveiled a concept for helping those farmers out – a driverless tractor.
Known as the X tractor (a play on "cross tractor"), the vehicle was designed as part of Kubota's Agrirobo automated technology program. It made its public debut earlier this month, at an exhibition in the city of Kyoto.
Although not much in the way of technical details have been provided, the vehicle is apparently completely electrically-powered, via a combination of lithium-ion battery packs and solar panels.
Utilizing a combination of GPS, onboard sensors such as cameras, and an artificial intelligence-based guidance system, it's able to autonomously make its way around both regular fields and rice paddies. Its AI system also allows the vehicle to monitor factors such as weather and the growth rate of crops, so it can actually decide when to head out and perform tasks such as seeding, harvesting or tilling.
Instead of wheels, the X tractor has four Mattracks-like "crawlers" that allow for optimum traction in a variety of terrains. Because each of those crawlers has its own integrated motor, they can independently rotate their treads at different speeds, allowing for a very tight turning radius.
Additionally, the height of the vehicle's main body relative to the crawlers is adjustable. It can be dropped when extra stability is needed, for instance, and raised when travelling over rows of taller plants.
There's currently no word on when or if the X tractor may reach production. If it does, however, it may face some competition from autonomous tractors being developed by companies such as Yanmar and CNH Industrial.