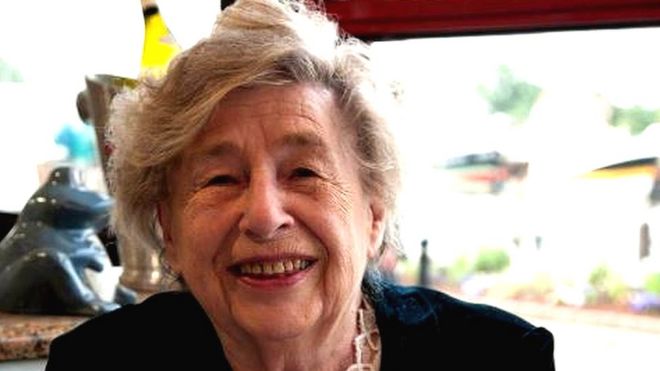 The creator of two of the world's best-loved fictional detectives has died at the age of 83.


Marion Chesney Gibbons, who wrote under the pseudonym MC Beaton, was the prolific author of the Hamish Macbeth and Agatha Raisin crime novels.
Her son, Charles Gibbons, announced her death via Twitter on Thursday.
He said that "the support of her fans and the success she enjoyed in her later years were a source of great pride and satisfaction to her".
He added: "Author of over 160 novels in her prolific 40-year career, this news will sadden many of her family and friends."
MC Beaton sold more than 21 million copies of her books around the world and was regularly named as the most-borrowed adult author from UK libraries.
Her Agatha Raisin and Hamish Macbeth novels were translated into 17 languages and were both made into TV dramas.
Robert Carlyle starred as Macbeth in the BBC series and Ashley Jenson played Raisin in the Sky TV dramas.
MC Beaton was born in Glasgow in 1936.
Her first job was as a bookseller in charge of the fiction department at John Smith & Sons Ltd. There, she started to review variety shows for the Scottish Daily Mail and became their theatre critic.
She worked at Scottish Field magazine as a secretary in the advertising department, before quickly being appointed its fashion editor. She then moved to the Scottish Daily Express where she reported mostly on crime.
his led to a move to Fleet Street and the Daily Express where she became chief woman reporter.
She lived in the US after marrying Harry Scott Gibbons and having a son, Charles.
Initially she worked as a waitress in Alexandria while Harry washed the dishes, but they both managed to get jobs on Rupert Murdoch's new tabloid, The Star, and moved to New York.
In a bid to spend more time at home with her son, she started to write Regency romances. She moved on to write detective stories under the pseudonym MC Beaton.
A visit to Sutherland on holiday inspired the first Hamish Macbeth story. Agatha Raisin was created when the family moved to the Cotswolds.
Scottish crime author Val McDermid paid tribute to the author.
She said: "Sad news. Marion's sense of humour never deserted her, nor her determination to enjoy life to the full."
Her latest novel Beating About The Bush was published in October.